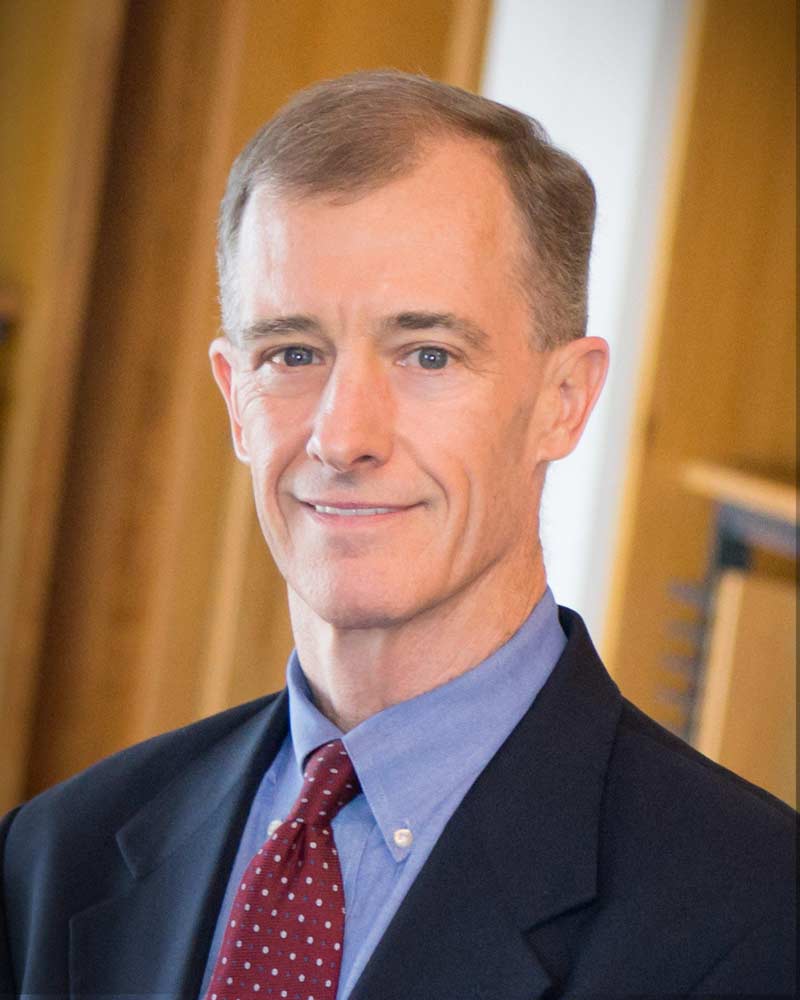 Walt Shelton is one of the most-read faith columnists in Texas over the past decade, writing countless columns for the Austin American-Statesman. He has also given numerous presentations and written legal articles over the years, with some of them stemming from column readers’ invitations to speak on subjects captivating their attention. For example, a long-standing and inclusive organization called Church Women United (“CWU”), formed in the 1940s to unite black and white Christian women to work toward unified care-giving, asked Walt to address their group after reading one of his columns focused on Social/Biblical Justice. As a result, he addressed a large audience of half Caucasian and half African American women on World Community Day in 2017 about this important subject and initiative, drawing heavily on the Book of Amos. Other articles led to opportunities to speak to certain church groups. On these and many more occasions, attendees complimented his columns, showed him ones they had cut out and kept in their Bibles and other places, and strongly encouraged him to continue writing.
In legal circles, Professor Shelton has focused in recent years speaking and writing primarily on ethical topics related not only to applicable ethical standards for attorneys but also to balancing quality of life considerations and other personal priorities in such a demanding and sometimes overwhelming profession. A Professor at Baylor Law School, Environmental Attorney & noted speaker, he is passionate about empowering others through knowledge & encouragement. On occasion, he hears from current and former students about his faith and life related columns in the Statesman. For example, in a recent course evaluation from a student at Baylor, she added to her general comments section at the end that “we all read your articles in the paper” and “please keep on writing.” 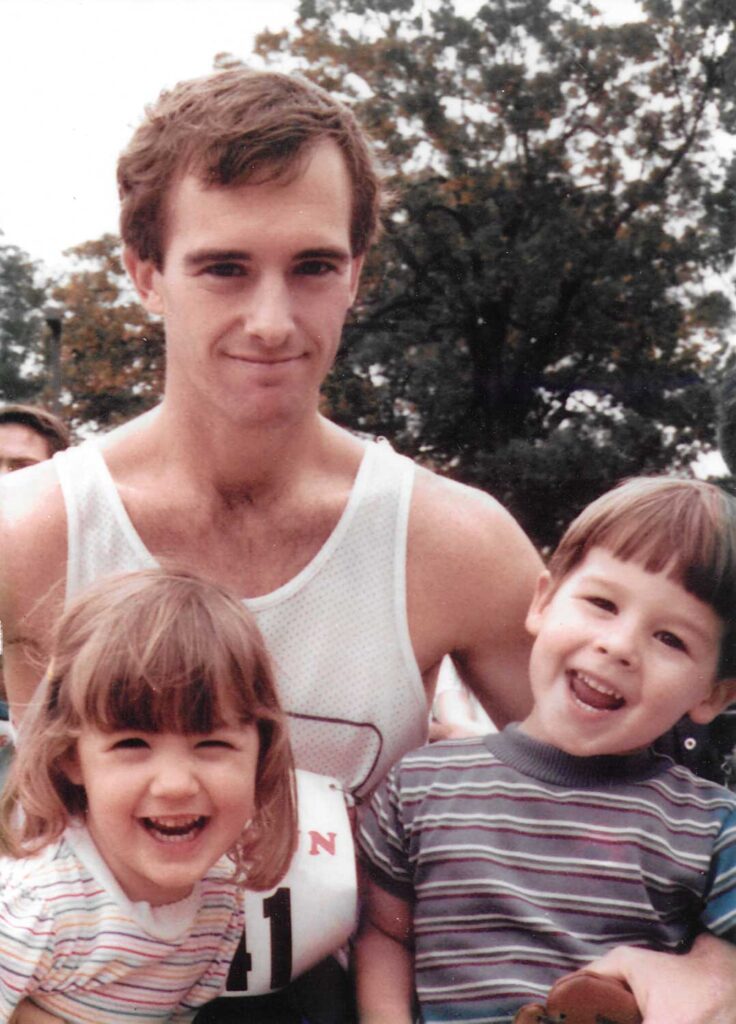 Walt graduated first in his class from Baylor Law with a J.D. in 1989, where he was the Editor-in-Chief of the Baylor Law Review. This was quite an accomplishment. He was thirty years old, married and with two young children and a mortgage when he left a successful job to start law school. Although he was a full-time student (the only option at Baylor), he also worked part-time, coached his son’s soccer team, spent all of the time he could with his family, and led a small discussion-oriented Sunday School class in order to balance and maintain his priorities.

Walt focused primarily on Biblical Studies in his M.A. in Religion, his first Baylor degree, hoping then to pursue a PhD in Religion and teach at the university level. He started his PhD at Baylor with a full-ride scholarship, but personal plans with his wife to start a family while still very young in their mid-twenties became more important to them. This necessitated full-time financial support and he happily put time with his expanding family as his top priority. However, Walt never lost his keen sense of vocation as a teacher and educator. At the time, he never imagined law school would be a vehicle toward achieving this goal. Walt’s highest passion for religious education and leadership materialized further after law school, when he focused his attention on writing and speaking in addition to his continued leadership of small discussion groups.

Professor Shelton has taught at Baylor Law School since 1990. He currently teaches four environmental and water related courses. He also supervises externships at federal and state agencies, directs independent studies, and sponsors the Baylor Environmental and Natural Resource Law Society. Perhaps more significantly, Professor Shelton has an open door policy and readily meets with and counsels students. Additionally, he maintains contacts with many of his former students, as both a friend and mentor. Professor Shelton also taught Business Law in the Baylor Hankamer School of Business (1999-2001) and the McCombs School of Business at the University of Texas in Austin (2006).

Professor Shelton is Co-Chair of the Law School Committee of the Environmental and Natural Resources Law Section (ENRLS) of the State Bar of Texas. He is also a member of the Executive Committee of ENRLS, serving as part of this group for more than a decade. In his work on the Law School Committee, Professor Shelton for years has created, moderated, and participated in law school Environmental and Water Law programs for all of the accredited law schools in Texas. Thus, he has met and influenced countless law students across the state for many years.

As an attorney, Walt practiced in the past as part of prominent environmental practice groups with Baker Botts, L.L.P. and Haynes and Boone, L.L.P. Although he still maintains a small law practice on his own in Austin, Professor Shelton spends almost all of his law-related work life now teaching, working with students, writing, speaking, and contributing to education in a service role through ENRLS activities.

Walt is married to Roxanne Shelton and they have two children, five grandchildren and one very special dachshund, all in the Austin area. 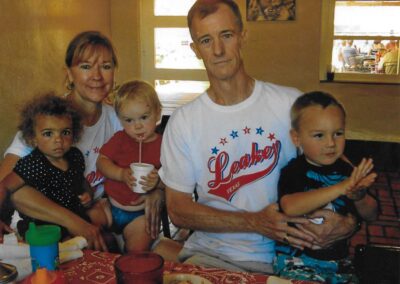 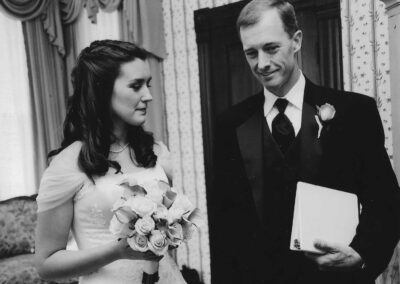 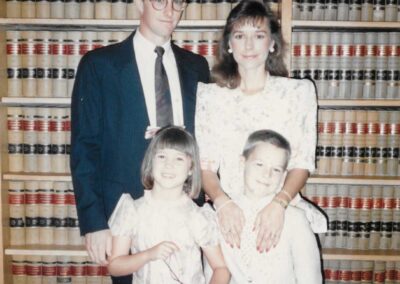 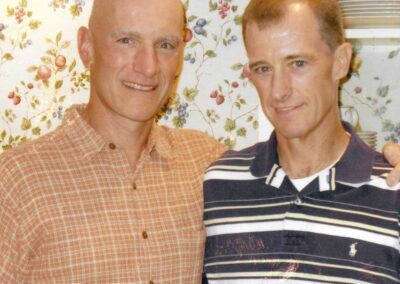 We should “learn to see life not as the using up of a limited resource but as the accumulation of treasures.”

A “few small experiences of the meaningfulness of life every day will do more for our souls than a single overwhelming religious experience.”

“[E]verything can be taken from a [person] but one thing: the last of human freedoms — to choose one’s attitude in any given set of circumstances, to choose one’s way….It is this spiritual freedom — which cannot be taken away– that makes life meaningful and purposeful.”

“Whatever the tasks, do them slowly and with ease, in mindfulness. Don’t do any task in order to get it over with. Resolve to do each job in a relaxed way, with all your attention….No matter the task…do it slowly and evenly, without reluctance.”

“We cannot succeed by denying what exists. The acceptance of reality is the only place from which change can begin….Acceptance is the sword that cuts through all…resistance, allowing us to relax, to see clearly, and to respond appropriately.”

Dalai Lama and Desmond Tutu (with Douglas Abrams), The Book of Joy (Avery
2016)

“…meditation goes beyond notions of success and failure, and this is why it is such a powerful vehicle for growth and change and healing.”

“Our goal should not be the total absence of fear but the mastery of fear, being the master of our emotions rather than their slave. Our goal should be to recognize legitimate fears, dismiss exaggerated fears, and not let fear keep us from doing the things we yearn to do.”

“In the course of our study and practice, as we touch reality more and more deeply, our beliefs naturally evolve and become more solid. When our beliefs are based on our own direct experience of reality and not on notions offered by others, no one can remove these beliefs from us.”

“To do …work carefully and well, with love and respect for the nature of [our] task and with due attention to its purpose, is to unite [ourselves] to God’s will in [our]work….Unnatural, frantic, anxious work, work done under pressure of greed or fear or any other inordinate passion, cannot properly speaking be dedicated to God, because God never wills such work directly….[L]et us not be blind to the distinction between sound, healthy work and unnatural toil.”

“Cheap grace means grace as a doctrine, a principle, a system. It means forgiveness of sins proclaimed as a general truth, the love of God taught as the Christian ‘conception’ of God. An intellectual assent to that idea is held to be of itself sufficient….Cheap grace means the justification of sin without the justification of the sinner. Grace alone does everything, they say, and so everything can remain as it was before….Cheap grace is grace without discipleship….Costly grace…calls us to follow….It is costly because it costs a [person] his [or her] life, and it is grace because it gives a [person] the only true life.”

Dietrich Bonhoeffer, The Cost of Discipleship (Touchstone 1959) [first published in 1937]

“The Christian cannot separate his life of faith from the real world of work and struggle in which he lives.”

“We spend so much of our time doing things automatically….Whenever we think that how we spend a given…hour is unimportant, and…we need to rush through what we’re doing so that later we can get to something more relaxing, meaningful, or important, we are cheating ourselves.”

“What we do and how we do it survives us.”